The Category 1 storm made landfall on the Outer Banks, where some people climbed into the attics of their homes to avoid surging floodwaters. The storm is moving out to sea after making landfall on Cape Hatteras, N.C., with winds of 90 m.p.h.

The center of the Category 1 storm passed over Cape Hatteras in the Outer Banks at 8:35 a.m. Friday, according to the National Weather Service. Gov. Roy Cooper of North Carolina said that he had “significant concern about hundreds of people trapped on Ocracoke Island.” Local officials were arranging helicopter flights for people who wanted to leave. 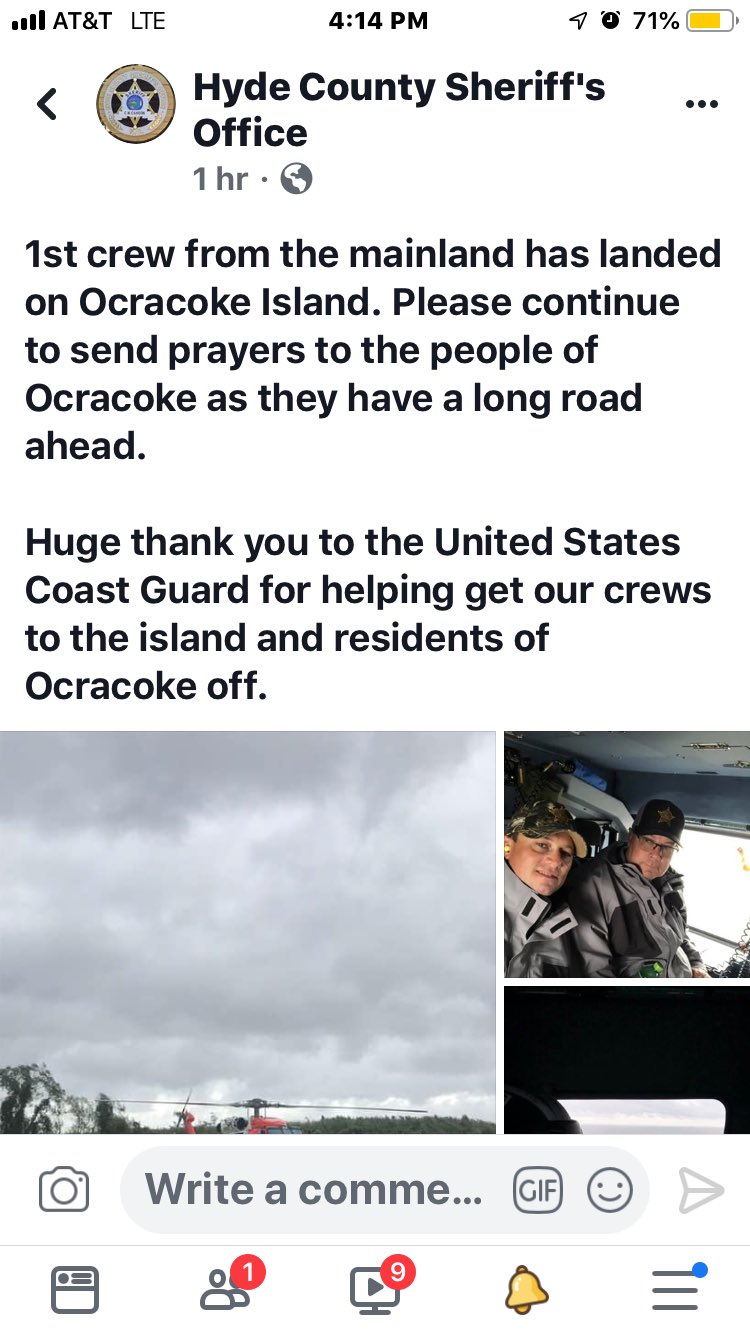