On the morning after a deadly mass shooting in Jersey City, information continues to come to light and bring clarity to how the tragedy unfolded. But at this point, some information remains unknown and rumors remain unconfirmed. Here’s what we know and what we don’t.

What we don’t know

Local, state and federal law enforcement officials are scheduled to hold a press conference at 2 p.m. on Wednesday afternoon in Jersey City to give an update on the investigation into the shooting. (NJ.com) 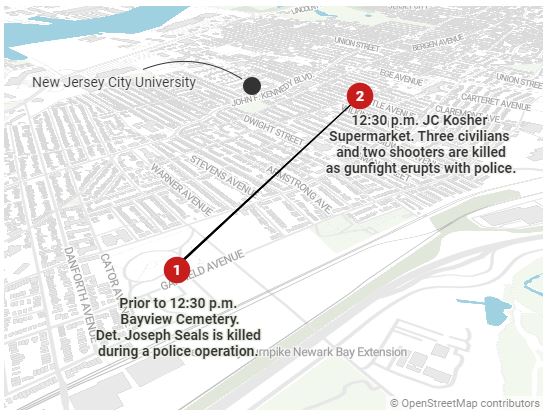 Join us for an update on New York City’s response to yesterday’s attack in Jersey City. https://t.co/k4zVF7BR40

The NYPD is boosting their presence at high-profile sites, including synagogues. They are working with Jersey PD and state police.

Much thanks to @NYPDShea for his vigilance & constant communication.

The investigation into the motive for today’s shooting is developing.