The East Troublesome fire, the second-largest fire in state history burning just north of Granby and into Rocky Mountain National Park, has burned 192,560 acres, almost 301 square miles, and is 15% contained.

County/Evacuations: Evacuation levels continue to be implemented across Grand County and around the East Troublesome Fire area. For Grand County, updates are provided by Emergency Management and can be found at gcemergency.com. Visit the Grand County Sheriff Facebook page for more information on the home winter mitigation process and changes to the evacuation levels. The Jackson County Sheriff’s Department has evacuated public from within the area closure to the north of the fire. Please visit the Larimer County site for evacuations in the Thompson Zone.
Closures: Forest closures are in place for the Arapaho and Roosevelt National Forests and the Medicine Bow-Routt National Forests. All of the Rocky Mountain National Park is closed. The Bureau of Land Management – Kremmling Field Office has reopened some lands previously closed areas. 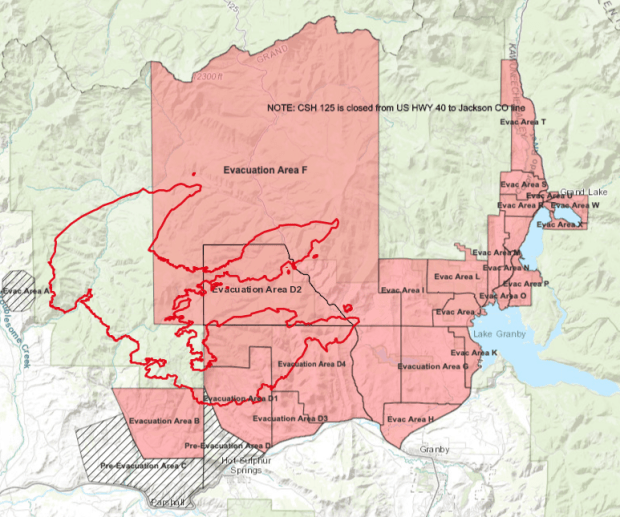 The Cameron Peak fire, burning in Larimer County and the biggest fire in state history, has burned 208,663 acres, about 326 square miles, and is 64% contained.

The Cameron Peak fire ignited on August 13 on the Arapaho and Roosevelt National Forests near Cameron Pass and Chambers Lake. The East Thompson Zone Fire started on October 22 when the East Troublesome Fire spotted across the Continental Divide and became established in Rocky Mountain National Park between the divide and Estes Park.  The fires burned in heavy timber stands over rugged terrain. High winds combined with critically dry fuels drove fire growth. Evacuations and closures are still in place. Significant snowfall occurred over the fire on October 25. 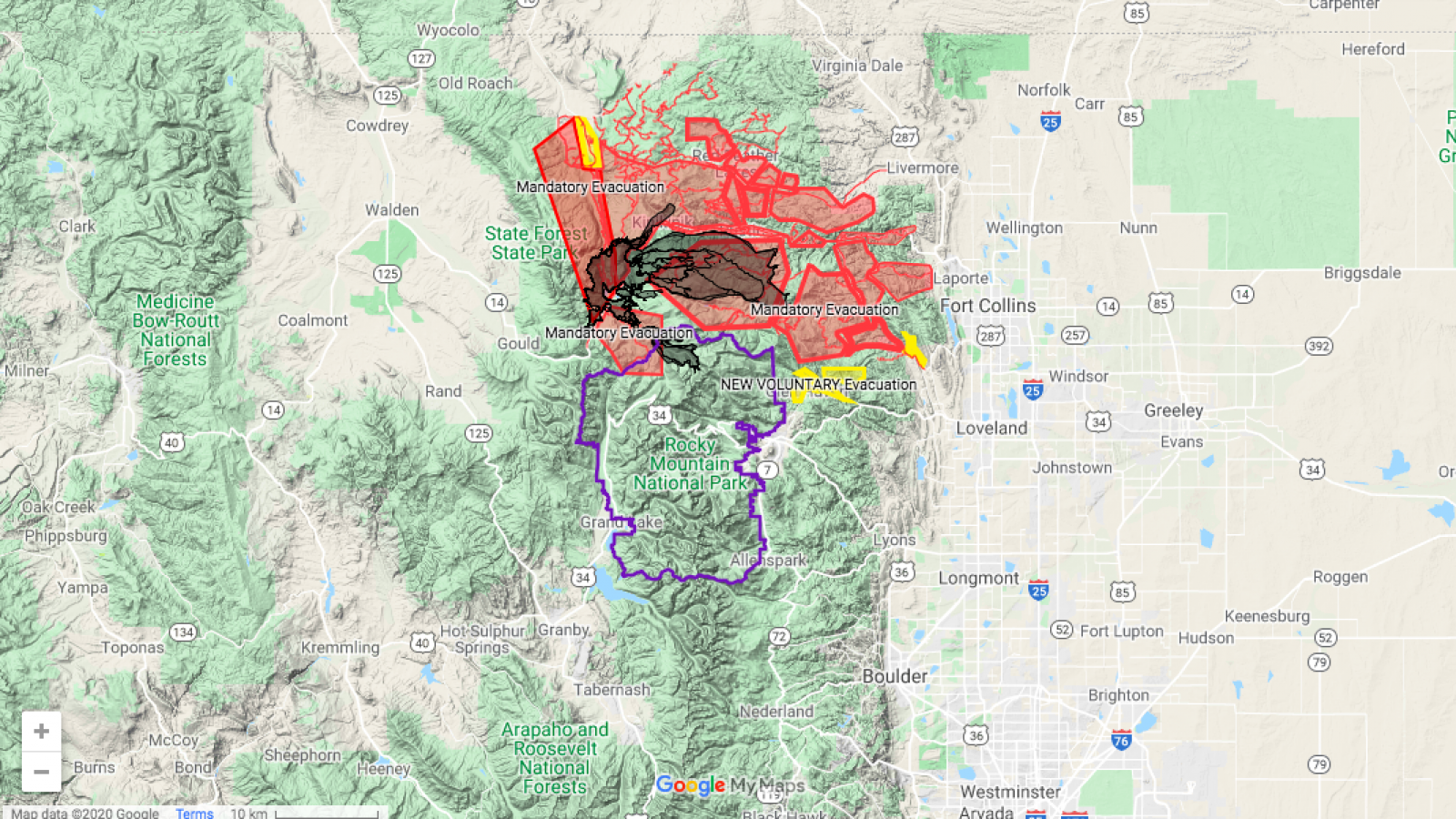 Boulder County has lifted all evacuation orders for the CalWood and Lefthand Canyon fires this morning, and most areas are now accessible to the public and not just homeowners.

Current Situation: The CalWood Fire received up to 13” of snow in the higher elevations and remains at 76%containment. Minimal activity was seen across the fire on Sunday due to the winter storm. Minimal heat and smoke wereobserved as containment lines continue to hold. Temperatures are expected to drop on Monday morning as a cold front continues to move through the area.

Firefighters will continue to monitor the fire for hot spots or any movement. Fire activity is expected to be greatly
diminished due to the drop in temperature and recent snow fall. When it is safe to do so, crews will begin work to continue
increasing containment by improving and mopping up lines around the edge of the fire. 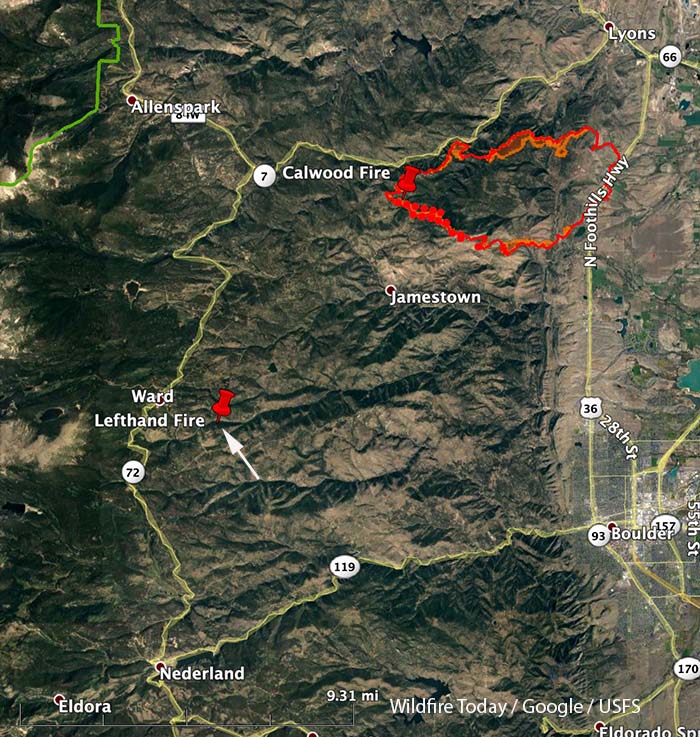